Candlelight is a role playing game about the restless spirits of treasure hunters reckoning with their dark past and seeking hope in a haunted forest that wants to trap them there. It is a one-shot, rules-light game, focusing on collaborative and thematic storytelling and is designed to be flexible in how you bring it to the table:

Candlelight is Rooted in Trophy, using the core system of Trophy Dark to tell a story of desperate characters pushing their luck in a place that constantly threatens to overwhelm them. The key difference here is that the characters have already met their doom - while Trophy Dark progresses through a series of Rings and escalating horror, Candlelight starts at that final Ring where the characters have just died. It is at the dark heart of the forest that they will begin their journey, retracing the steps they took while living, seeking hope and an escape from the forest before they become a monstrosity that haunts it forever.

Candlelight is compatible with any of the incursions (scenarios) from Trophy Dark. Detailed instructions are included for adapting your favorite Trophy Dark incursion for Candlelight, and any character creation options from Trophy are easily transferrable to Candlelight.

Here is the Candlelight playlist, including the theme song written specifically for the game, Dirge of the Lost:

"After a game of Trophy Dark where everyone dies, Candlelight is the perfect answer to the question: What now? And not only is the answer elegant and satisfying, it provides a surprising point of light in a world otherwise wrapped in darkness. Fans of ghost stories of all kinds will find much to love in Candlelight."

“Gabriel is a terrific, evocative writer. There’s a lot of poetry in everything he writes, and I can’t wait to see Candlelight.”

-Jason Cordova, Founder of The Gauntlet

"Having played now, smolderingly good. As in breathtaking moments of "Oh, so this is what it is to be a human, and here is what I will miss once I'm gone" good."

Read a preview of Candlelight by Clayton Notestine on The Explorer's Company here: https://www.theexplorersco.com/home/2020/candlelight/zinequest

Listen to a game of Candlelight run by Mags Maenad:

In order to download this game you must purchase it at or above the minimum price of $12 USD. You will get access to the following files:

Support this game at or above a special price point to receive something exclusive.

Thanks to  many generous Kickstarter backers, these copies of the game are available to anyone experiencing financial hardship.

If you are claiming a copy, PLEASE take a moment to rate the game on Itch, and if you enjoy reading and playing the game, share about it to help spread the word!

An additional copy will be added for each new purchases of the game. 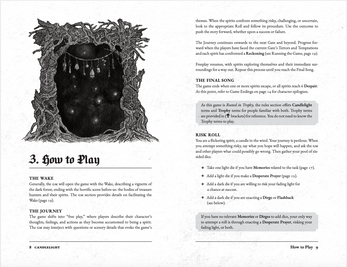 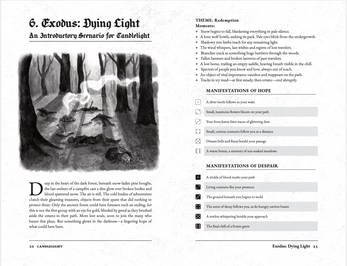 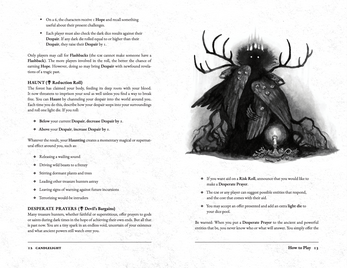 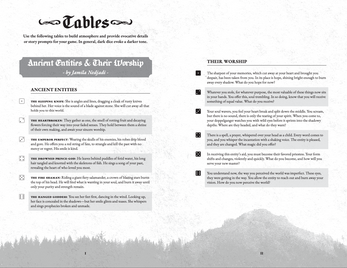